Combined Revenue of all 20 EPL Clubs is Projected to hit 6.1 Billion Euros in the 21/22 Season

As the leading football league in Europe, the English Premier League (EPL) is projected to be worth around 6.1 billion euros in the 2021/22 season and is expected to generate three billion euros more than other top football leagues in Spain and Germany who rank second and third respectively.

Although Spain is in second place, they still hold onto the title of the top-earning football club with Real Madrid generating revenues of 896 million euros in 2021, which was over 80 million euros more than the second-highest earners, Barcelona.

According to data presented by BettingLounge, the combined revenues of the five biggest football leagues in 2021/22 will amount to an estimated 16.5 billion euros. But why is the English Premier League earning so much more than the other top football leagues in Europe? 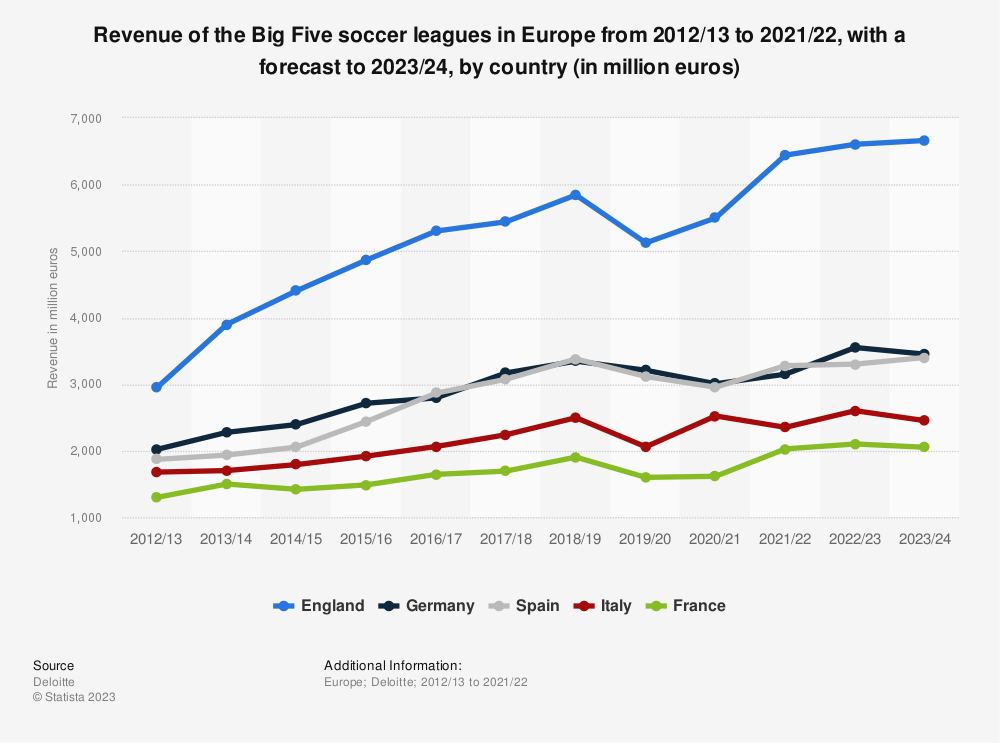